Why the Moldovan police help to detain the defendants in the transnistrian region? 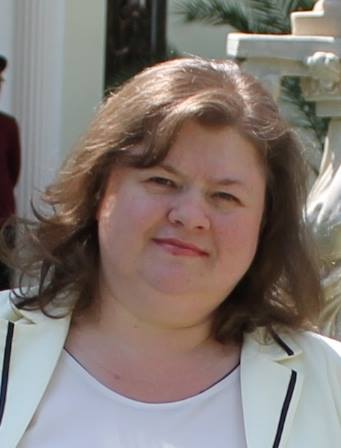 Moldovan police officers would contribute to the arrest on the territory of Moldova of persons who are prosecuted in the secessionist region, says lawyer Veaceslav Ţurcan, who defends a former so-called minister in court.

The case of the former official from the unrecognized administration in Tiraspol, who was kidnapped in August 2018, near Chisinau, involving  Moldovan police authorities and then transported to the left bank of the Nistru River, is in the spotlight of public opinion. Human rights defenders are worried that the prosecutors' investigation into this kidnapping case has been suspended and those who have admitted serious human rights violation are not held accountable.

Lawyer Veaceslav Turcan, who defends the former Transnistrian official in court, said last week at a news conference that the former Interior Minister in the government of the breakaway transnistrian republic, Ghenadii Kuzmiciov, is detained at Glinoaia Prison near Tiraspol, in inhuman conditions, being tortured and deprived of the services of a lawyer and physicians: "The involvement of the police officers in stealing and kidnapping of a person, is the direct responsibility of the Republic of Moldova, and in such cases, either the efficient criminal prosecution is proved  by access to materials, or the criminal prosecution is imitated, and then you can file a complaint at the ECHR. It is not about Kuzimiciov, but standards that must be respected for all citizens in our country. It seems to me that the prosecutors are afraid. They realize that some top-ranked people take interest, and they are simply afraid. "

Lawyer Veaceslav Turcan reiterated allegations against the leadership of the Interior Ministry that, according to him, might be interested to cover up the case, including the fact that Moldovan policemen help Tiraspol officials to track people on the territory of the Republic of Moldova, and to provide them with information and data about these. The defender says that more evidence proving the complicity of the Moldovan police officers in kidnapping and transportation of the former Transnistrian official in the transnistrian region, would not have been taken into account in the criminal prosecution. The only witness, the person who was driving the car in which was Kuzmiciov, who was abused by the masked in the presence of the police crew who stopped them on the road, appears in the file, as a witness and not as a victim. Nicolae Tuluşniuc was left in the middle of the road without documents, money and car. He filed a complaint with the police on the same day, indicating all the details, including the car in which the police crew was patrolling the Chisinau-Leuseni road on that day.

Lawyer Veaceslav Ţurcan will insist on the resumption of criminal prosecution in this case and Tuluşniuc to be recognized as a victim: "The cops who worked on that day must be found. The police car needs to be identified, but not to be told that such a car does not exist. We sent information to the Prosecutor's Office including a video broadcast by PRO TV in the case of the accident involving President Dodon's car. The video also shows the police car involved in the kidnapping of Kuzimicov. Nicolae Tuluşniuc admitted that car. In the prosecutors' order that was suspended, it is said that such a car with such numbers does not exist at the National Patrolling Inspectorate. They even did not want to seek such information. "